How to create an athletic profile with velocity based training

1RM
Profiling
Fundamentals
Practical
Velocity based training is the perfect tool to help athletes and coaches track progress in the gym, create competition, or identify weaknesses 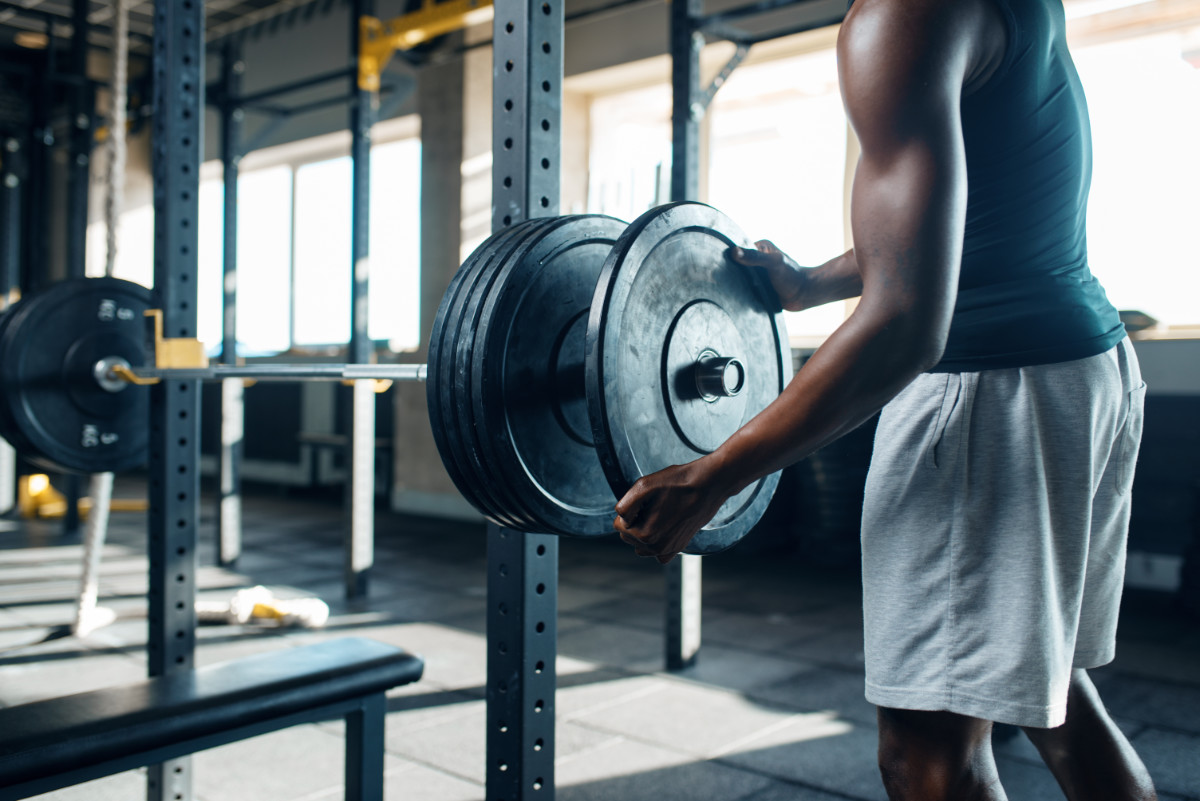 Imagine if every rep you performed in the gym could be a performance test, avoiding the need to do extra work that interrupts training blocks.

Every session would provide dozens of data points that can be used to highlight progress, monitor fatigue accumulation, and help coaches and athletes make programming adjustments to maximise progress.

If you currently schedule rep-max testing every six weeks, you are giving up the opportunity for productive training time in ~15% of your weeks. Applying VBT can give you back this time (and progress).

Collecting objective velocity data makes it is possible to create a detailed profile for any exercise, providing an assessment of how well an athlete performed on that movement today.

There are two key types of profile you can use to measure a session. The first and most frequently used is a load-velocity (LV) profile, which shows the linear relationship between load lifted and velocity (in m/s) for the best rep at each load.

The second profile that can be utilised is a load-power (LP) profile, a polynomial graph showing the relationship between load lifted and the amount of power produced (Watts). ⁠

Both profiles can be collected simultaneously and can be created in relative terms (either load or watts relative to bodyweight, or as a percentage of 1RM) or in absolute terms, using total weight lifted and raw watts generated at each load.

It’s important when reviewing a profile that you take note of both axes as relative profiles can be deceptive! As you can see above, the presentation of % of 1RM makes it seem like both athletes are performing at a similar level, when in fact on absolute strength terms athlete B is out-performing athlete A by about 2.5x. For this reason I avoid using % of 1RM when profiling.

Let’s explore each profile in depth.

The relationship between load and velocity is at the very heart of velocity based training. For a given movement, the more load a person attempts to lift, the slower that load will move. This holds true on virtually all exercises, and the pattern is strikingly linear.

It’s important to note that this linear relationship is unique to an individual and to the exercise being performed, no two lifters will have exactly the same profile in absolute or relative terms.

Additionally individuals will have different profiles for each of the lifts they perform.

Because this relationship is stable and linear, it enables a number of calculations to be made helping coaches and athletes track progress or adjust training should the need arise.

The most well known of these calculations is an estimated 1RM (e1RM), something we will explore shortly.

Depending on the exercise and individual variations, the point of peak power can be anywhere from 30-80% of 1RM for most common strength and power exercises.

Collecting data for an athletic profile⁠

The beauty of using these profiles to track progress in training is that no additional work needs to be completed during a training session. This makes profiling an attractive performance tracking method that can be applied at any time of the season without any additional fatigue accumulation or interruption to training flow.

Simply train as you normally would and collect best-rep velocity and/or power data from each set to create a profile.

Profiles can be generated every single session of the year, or on less regular basis, say at monthly or even quarterly intervals.

For a profile to be valid and reliable the following criteria need to be met:

When coaching be ready to eliminate any cheat reps from the profile: bouncing or flicking of the bar, shortening ROM and other hacks need to be called fouls so the best rep velocity is valid. Be sure that all sets are performed with good control and technique.

The data collection process is very simple in practice, simply train as you normally would and collect the data after each set. As an example it might look something like the following:

This set progression was the ascending plan the athlete was using for that given days training, with 3x4 being the days work sets completed at ~85% of e1RM (115kg).

Scoring performance from a profile

Once data is collected for an exercise we have two graphs, one each for velocity and power.

From these graphs there are a few different ways to score performance for the session. While it is certainly interesting to geek out on the many different methods for scoring a profile, I strongly recommend only using one score per exercise at a time. Pick the score that most reflects what you want your athletes focusing their energy on and track this over time.

The most commonly used calculation taken from the load velocity relationship is to estimate a lifters 1 repetition maximum (e1RM) without having to actually complete a maximal set. This is done by finding the intersection between the load-velocity profile and a horizontal line drawn at the minimum velocity threshold (MVT). The MVT is the slowest velocity a lifter can move at and still complete a single maximum effort repetition (1RM).

MVT is a well-researched area with good accuracy for high level powerlifters on the competition standard squat and bench press. Outside these two lifts it gets harder to find relevant MVT. Novel/modified movements, tall athletes, female athletes*, novice lifters and partial range of motions will all have differing MVT values, making it harder to accurately predict the e1RM.

*I can't find any MVT research on female lifters - please reach out to me on Twitter if you find some!

On top of this, the MVT is prone to changing over time as we improve our technique, get stronger, or grow, so pinning this value down for an extended period of time can be challenging. Luckily, the e1RM isn’t the only score to be found when profiling with velocity there are plenty of other scores that you can pick to track progress with.

Lzero takes the load velocity profile and extends the trendline out until this line cuts through the Y-axis. This intersection is the theoretical velocity we could achieve when the load lifted would be 0kg.

Like Lzero, Vzero takes the load velocity trendline and extends out, this time moving out until it intersects witt the X-axis - the point when velocity is theoretically 0m/s. Think of Vzero as a VBT equivalent to the isometric mid-thigh pull test (IMTP).

This is my favourite score of them all. The curve score takes the total area of your load-velocity profile and puts a single number on your performance by calculating the area of the triangle between the trendline, the Y-axis and the X-axis.

The curve score can be calculated in absolute terms, giving a number in the hundreds typically, or even better is to divide the curve score by an athletes bodyweight for a relative curve score (with a number usually between 2-5). This relative number is great for creating an even competition between athletes or to track progress over time within the context of changing bodyweight.

The load at which max power occurs is also an interesting data point to track. Over time, with increased strength, the load that enables maximum power (on say a power clean, snatch, or trapbar jump) should increase.

I would love to see more research into this metric as it may have implications for customising programs to the needs of individuals. Hit me up on Twitter if you know of any good research!

I have created a free velocity logbook that contains a detailed profiling tool to calculate these scores quickly and easily. It also contains a table for you to track progress over time on a given score. To get it, sign up for my newsletter at the bottom of this page and I’ll send you a copy instantly.

Tracking progress with the profile

While profiling a single session is certainly fun and interesting, profiling really shines when done repeatedly ⁠over time to highlight trends in progress and as a motivational tool to increase performance.

Follow these steps to simplify your velocity and power profiling

For my training, I work on six week blocks, so I will complete a profile on my three key lifts in the second week of each new block. Week one is a deload week so week two is when I am my freshest and ready to attack the weights.

Experiment with these profiling methods in your own training, track a few numbers and see what resonates with you or your athletes. None of these profiling ideas appeal to you? that is also totally fine, remember, there are plenty of ways to use VBT, profiling is just one of them, be sure to check out the practical chapters in this book to find which methods are best for you! 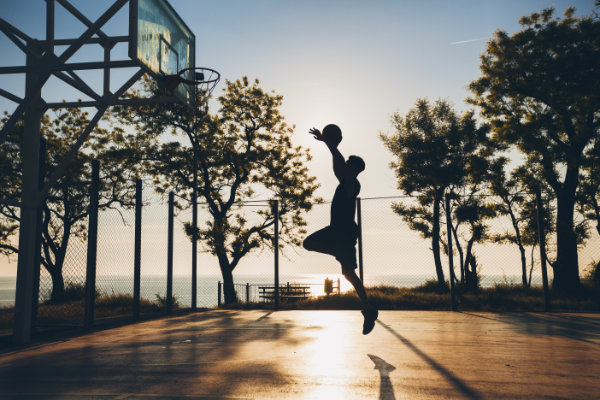 Increase your vertical jump with velocity based training

Do you want to add inches to your jump? Velocity based training might be the secret weapon you need unlock explosive strength and power.

Velocity zones are often misunderstood, dive into three practical ways to apply them for making strength and power gains with VBT
Return to the blog home 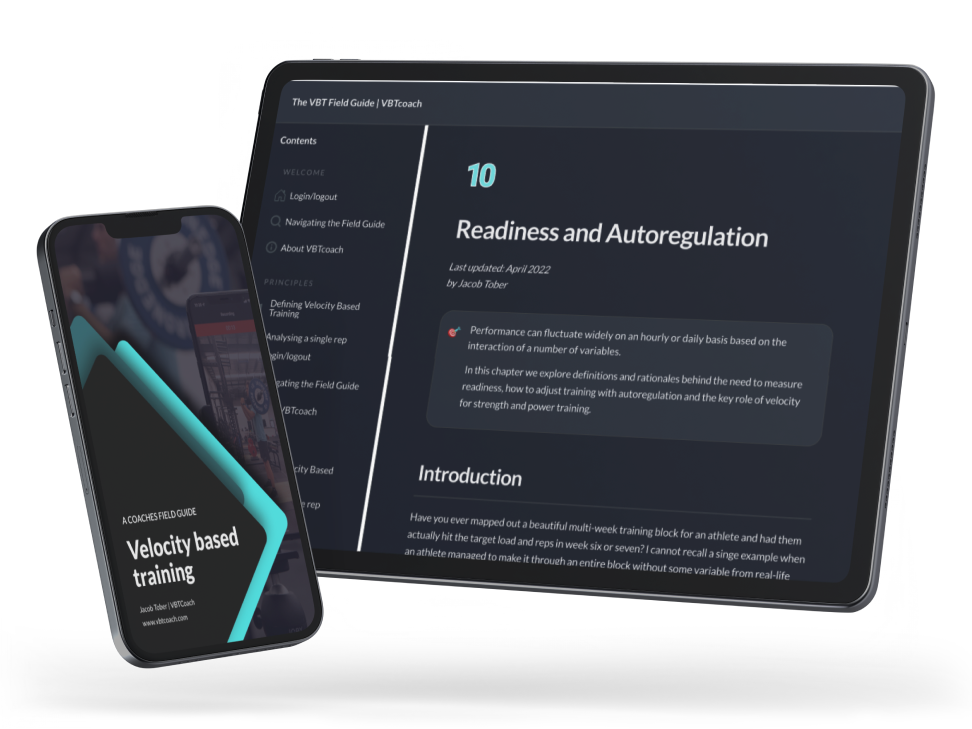