Tracking progress in the gym with velocity based training 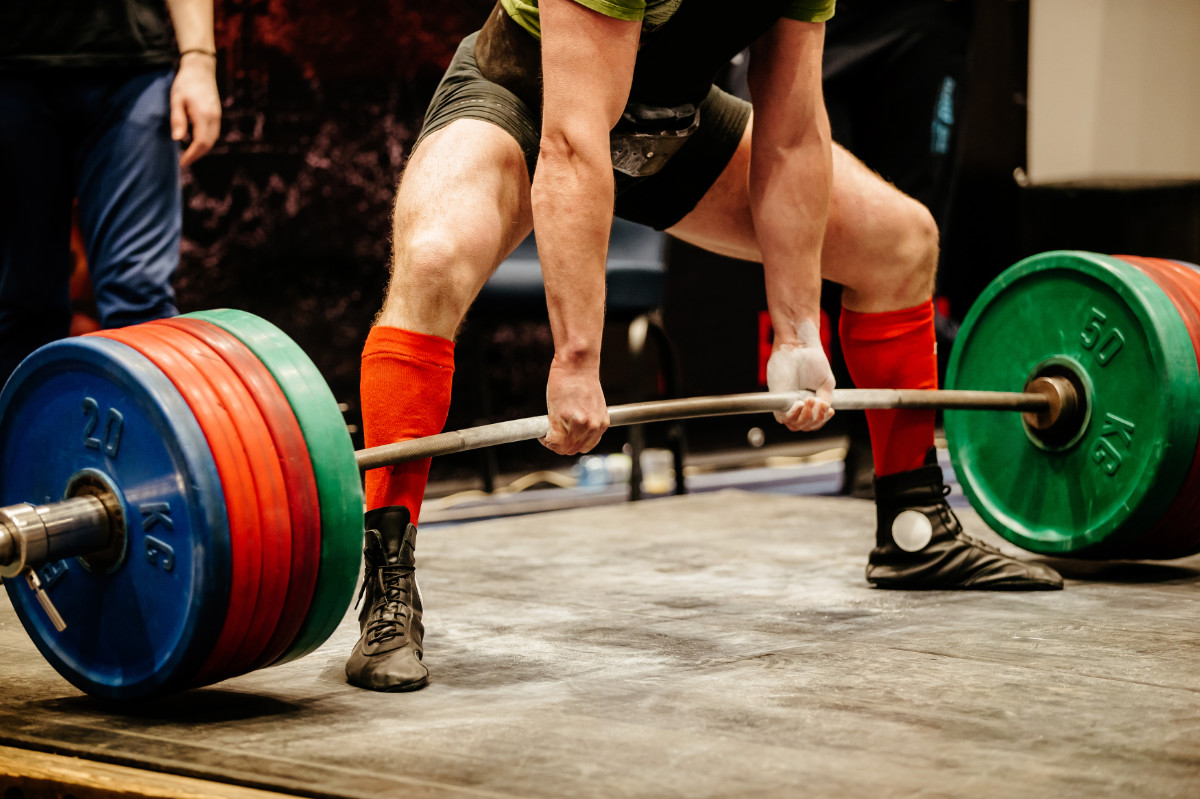 There aren't many things more satisfying than setting a new personal record (PR) in the gym.

Beating a PB is good for the soul, and sometimes that shot of positive reinforcement keeps us on track in the pursuit of our goals.

Velocity based training opens up new ways to track progress such as velocity PR, estimated 1RM, maximum power, and more. This chapter explores some of the most effective ways I have found to leverage VBT for progress tracking.

Making every rep a test

Using real-time tracking of velocity unlocks the ability to measure progress in a reliable fashion that can partially, or even fully, replace dedicated testing sessions. Testing 1RMs can have value, but the more time you dedicate to doing so is taking away productive training time from your sessions.

By continuously recording velocity data we can achieve the same level of insight, but without the interruption to the normal flow of training.

So irrespective of what metric you choose to measure, just getting started by doing the tracking is an important first step! I’ve tried to make this as simple as possible with the VBTCoach velocity logbook but any tracking software or spreadsheet of your own design will work too, letting you chart progress in session or across multiple sessions.

Ways to Measure progress with VBT

There are three main ways to use velocity based training for testing and tracking progress in the gym. Let’s go through them from simplest to most involved.

The most basic measure of progress using velocity is the velocity PR. A velocity PR is the fastest single rep you have ever performed on a given load and exercise. Velocity PRs are specific to an exercise (and exercise modification) and load: just like you can have a rep PR (most reps done at a load) you will have a velocity PR for all loads lifted.⁠

The VBTcoach velocity logbook automatically highlights any new PR as a blue cell.

It is interesting how well velocity PRs on sub-maximal sets correlate with increases in 1RM strength. A small increase in velocity of 0.05m/s is roughly equal to a 4% increase in 1RM.

This correlation between velocity on submaximal sets and 1RM is a great guide for powerlifters to estimate strength improvements, or as a sign that a new load PR is possibly just around the corner.

Velocity PRs are unique in how they measure progress in the gym. Unlike load and rep PRs which are focused on how MUCH of an activity you can do, these all-time fastest reps are an indication of how WELL you performed a repetition, rewarding intent and explosive effort.

The VBTcoach velocity logbook has a sheet that filters all the best reps performed on an exercise at a given load so you can track progress in velocity (or power output) over time.

Velocity progress over time in the VBTcoach velocity logbook. This highlights best rep velocity on a given exercise and load showing the trend over time.

A note on velocity PRs: Velocity is highly variable between individuals and across exercises. Different ranges of motion, limb length, exercise specific biomechanics, and other variables make comparing velocities (even at the same load) incredibly challenging.

To use VBT for comparing or creating competition between lifters using the power PRs or a profiling score relative to bodyweight is the better option.

Another great metric for measuring progress is a power PR. Unlike velocity which is specific to an exercise and load combination, the power PR is a single value for an exercise that is derived from performance across all loads.

Tracking a power PR is a fantastic way to track progress and shift training attention on, you guessed it, power exercises!

Typically the power PR is be recorded and tracked in raw Watts (W) generated. My preferred method however is to divide this raw power output by an athletes bodyweight to create a relative maximum power score (W/kg). This is extremely valuable for letting us compare performance between athletes, or even for an athlete undergoing a phase of rapid weight change.

By taking the focus away from how much load is on the bar and instead aiming to increase power expressed, load can be autoregulated to focus training at the point of maximum power output, improving the ability to specifically work on this quality.

The power PR can be recorded and tracked in raw Watts (W) generated, or my preferred method is to divide power output by bodyweight to create a relative score (W/kg).

The third way to use velocity for tracking progress in your training is to create an athletic profile from a session worth of data, tracking changes in overall performance for a given exercise.

Profiling is a double edged sword. While on the one hand it provides a more detailed look into an athletes performance across a range of loads on an exercise, it does require some work to extract the scores from the profile, and for some athletes it can be less tangible and harder to grasp.

There are a number of different scores that can be generated from the load-velocity or load-power profile, all of which were covered in a previous article -chapter.

With a well structured velocity logging system in place, progress tracking and profiling can be done retrospectively, so don’t feel the pressure to pick the perfect metrics from day one. If the data is being stored as you go then it becomes easy to re-calculate scores or switch the profiling method you use down the track.

Below are some tips to help you best apply progress tracking systems.

Find a way to have velocity, load and power PRs visible in real-time. The velocity PR is a great motivational tool, and something to be celebrated. Using the VBTcoach velocity logbook, any new heaviest load or new best velocity/power is highlighted as it is entered. With this system athletes can see and celebrate their new velocity and load PRs during the training session, providing a source of motivation and increasing effort in training.

Get a copy when you join the VBTcoach Newsletter →

Profiling can be on a flexible frequency. Don’t feel the pressure to create a load-velocity profile every single session. Creating this profile once per month, or once per training block is more than often enough to track meaningful changes in performance.

This could be done with a dedicated testing session (making it an event like the old 1RM testing day) or simply as a part of normal training, with the profile extracted from the logbook on the first week of every month.

Reward intent, but not sloppy sets. Velocity based training is a great method for increasing and rewarding high intent on your lifts. This is not an excuse to let lifting degrade into bouncing, flicking and ugly or even dangerous reps as athletes try to game the system with their technique. Be sure to never rush the eccentric portion, lift with controlled intent, and as a coach be willing to call foul on reps that fall outside your tolerance for technical quality.

A note on timed sets

I have seen coaches advocate for timed sets as a way to cheaply add a VBT component to lifting, seeing how many reps an athlete can perform in 5 seconds.

I do not support this method, sloppy eccentrics and a crude analog measurement provides only increased risk with minimal upside. 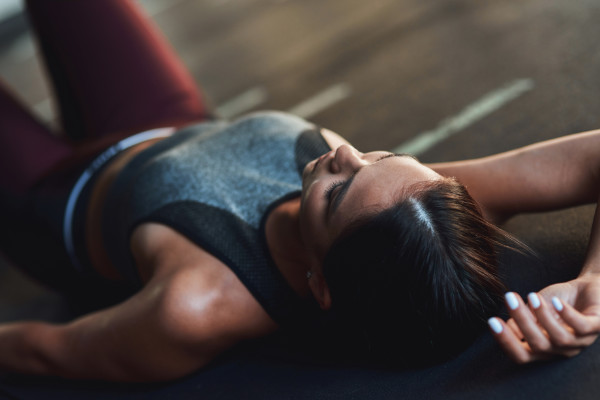 Why training to failure might be slowing down your progress

Training at the point of failure might seem like a good way to push your limits, but the science suggests doing it too often might be holding you back 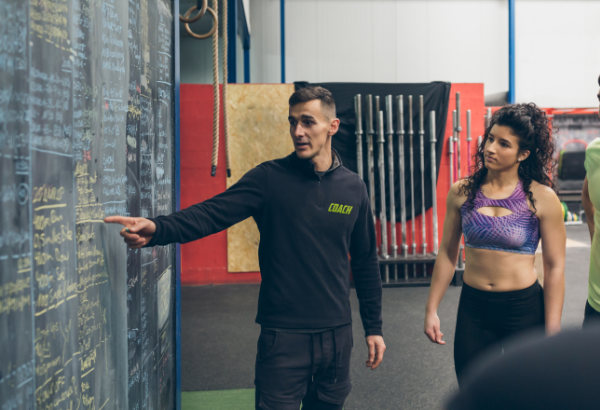 The continuum of velocity based training application

A guide to the practical strategies, tactics and methods for applying VBT in the gym to optimise your training and make massive gains.
Return to the blog home 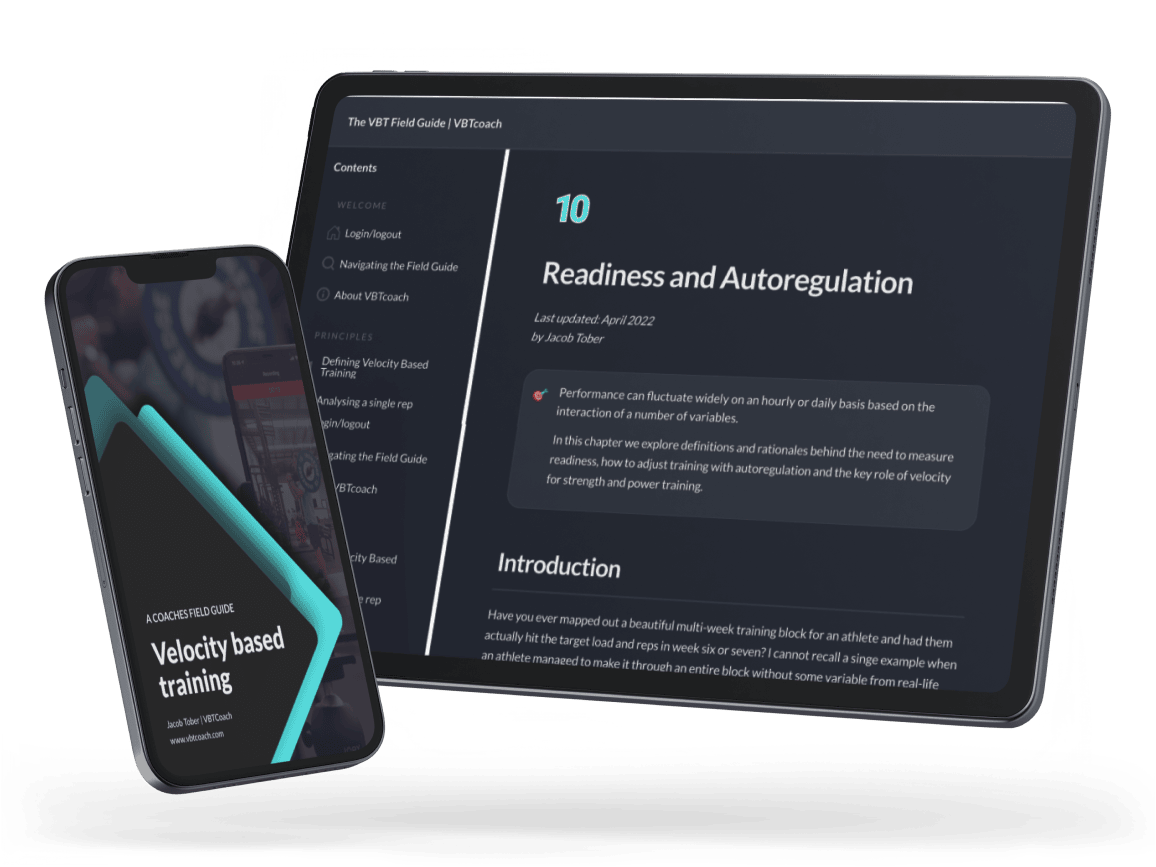